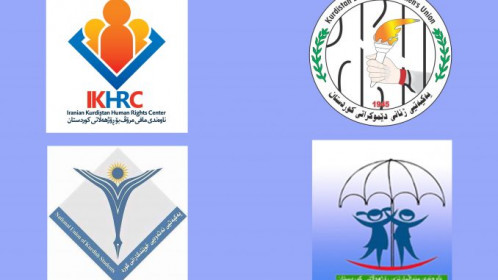 A letter to colleagues and international human rights organizations 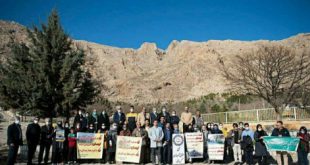 Due to harsh economic situation and widespread unemployment in Iranian Kurdistan, a lot of people have been forced to become courier (Kolbar) to be able to provide food on the table. To work as a courier is a very hard job which parts of the Kurdish communities on the border areas of Kurdistan are doing it, due to unemployment, poverty, discrimination and neglecting the life of Kurdish people by the rulers of the country. As if this arduous job wouldn’t be enough, the Islamic Republic of Iran’s military and security forces are killing and wounding these couriers on daily basis.

If the couriers are lucky enough to escape the military and security forces’ shootings, there are still many other hazards threatening their lives, such as falling from slopes of the mountains, stepping on anti-personnel mines and freezing to death. The Islamic Republic has tried to cover its atrocities towards these people under the pretext of fighting smuggling and preserving the security of its borders. The tragic fate of the couriers has been addressed in the latest report of the Special Rapporteur on the situation of human rights in the Islamic Republic of Iran, Javaid Rehman (Section F, p. 23).

According to the statistics from Human Rights defending organizations in Iranian Kurdistan, there are many couriers active on the borders of the provinces West Azerbaijan, Kurdistan, Kermanshah and Ilam which is about 1500 kilometres. Lack of economic infrastructure, discrimination, unemployment, poverty, lack of equal job opportunities, lack of factories of different industrial sectors and negligence, injustice and exploitation of the Kurds as a freedom loving nation, has resulted in between 80-170 thousands people to rely on the arduous profession of courier on the border areas. Amongst these couriers you’ll find children, youngsters, women, elderly, university graduates, winners of scientific and athletic Olympic medals etc. and they all run the risk of being killed on daily basis.

According to the statistics from The Centre of Iranian Kurdistan’s Human Rights (Chaw news), only during 2018-2019 seven couriers below 18 years old have been shot dead by the military forces, 3 other minors have been wounded and 2 have frozen to death, in order not to be captured by the military forces. According to our statistics, in 2019 the number of casualties amongst the couriers, was 252 of which 76 lost their lives and 176 got wounded. During the first 10 months of 2020, 59 couriers have been killed and 128 wounded, of which many have suffered heavy injuries, and some have become disabled with tremendous economic and medical need.

Even though the Islamic Republic of Iran claims to be following the economic, social and cultural UN convention from 1966 and the children’s rights agreement from 2 September 1990, but it has practically not taken any measures in this regard and has violated all those agreements parts.

We are some of Iranian Kurdistan’s civil society organizations which appeal to you to not stay silent towards these atrocities against the Kurdish people, and urge you to put those responsible, especially the following people, in the US sanction list:

1.The Centre of Child Protection of Eastern Kurdistan